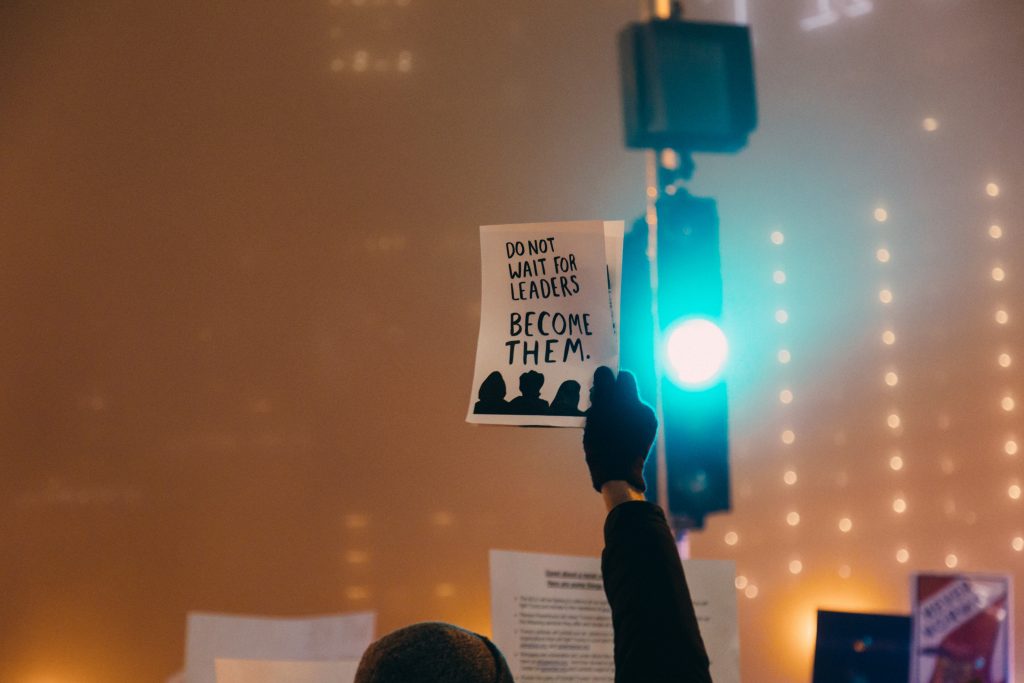 What are the values and characteristics of a good leader?

We are living in a time of unprecedented uncertainty and difficulty. Coronavirus has spread throughout the globe, killing hundreds of thousands in its wake. It has changed our lives forever in the process.

However, a more enduring pandemic is that of racial injustice. People across the world are mourning the brutal killing of George Floyd by Minneapolis police, and the countless other lives lost to racism. This is no doubt a time of pain and suffering.

Yet it is also a time for hope. While George Floyd’s death was undeniably tragic, it has catalysed a movement to fight for racial equality for black people and other marginalised communities.

During this period of change, for both good and bad, we need leaders to guide us through it. It requires every one of us to stand up and be counted and to inspire those around us to act now for social justice.

The word “leadership” is a nebulous one, and it is one which means different things to different people. It is also built on the experiences of great leaders who have come before us.

A helpful definition of leadership is that it is “a process of social influence, which maximizes the efforts of others, towards the achievement of a goal”.

This is an important framing of leadership for use in social justice movements because it focuses on achieving a goal or change. The goal of Who is Hussain, for example, is to harness the energy of our followers around the world in order to enact social transformation. It is important to remember that leaders are most often seen in their wider context, and are defined by the goals they are seeking to achieve. Notable leaders in history, such as Malcolm X and Martin Luther King, are remembered not just as individuals, but for the long term change they catalysed in society.

You will also notice that the definition above does not prescribe specific attributes or personality types. People do not have to be charismatic nor authoritarian to be considered good leaders. What is most important is their ability to inspire others, however this is achieved. Anyone of us could be leaders in our own way.

On the other hand, we look to our leaders to live by certain necessary core values. In order for leadership to exist within social justice movements, in particular, we expect an unwavering dedication to the cause. We expect our leaders to lead by example, and to do so with sincerity, integrity and resoluteness.

A person who embodies these core values is Hussain ibn Ali, one of history’s true great leaders. Hussain was a revolutionary leader of the seventh century and the grandson of the Prophet Muhammad. He took the ultimate stand against the tyrannical regime of Yazid, the Ummayad ruler of the time. He died standing up for what was right.

In refusing to capitulate to the rule of Yazid, Hussain showed us his unwavering dedication to his cause, which in his own words was to “reform society”. His sincere commitment to a noble cause is what inspired countless others to follow his example. The story of Hussain reaffirms that leadership is about inspiring others under the banner of a good cause.

He also displayed the ultimate form of integrity: he was willing to die, rather than be corrupted by Yazid’s cruelty. He exemplifies the sacrifices great leaders often make in order to enact social justice.

Finally, Hussain often extolled the virtue of patience in the journey towards what is right. Social justice movements often take years to be realised, and they are a constant struggle. True leadership is resolutely and patiently fighting for change, no matter the circumstances, and no matter how long it takes.

The enduring image of his story inspires us to this day. You can learn more about Hussain here.

By contrast, it is also helpful to delineate what bad leadership means so that we can seek to avoid it when we see it.

We have seen many examples of this in recent history, especially during the Coronavirus crisis. We have witnessed politicians protecting the careers of their powerful allies rather than the lives of the public. We have also seen politicians whose egos and ignorance have prevented them from keeping their citizens safe. Leadership requires prioritising the needs of those who follow you, not yourself.

It is also useful not to rely on caricatures or simplistic notions of leadership. Leadership does not just mean having infinite power or authority over people, as this often leads to abuse. While Yazid was a ruler and a caliph, there are few today that would consider him a good leader. What we need is something more.

A different kind of leadership

This is a model which provides for longlasting durability. The Black Lives Matter movement does not live and die on the success of a single person. By relying on mass appeal generated by social media and community-led organisation, it has propelled thousands of leaders all around the world to work towards seeking racial justice.

It is a movement that we champion here at Who is Hussain.

Now it’s up to you

What this discussion should teach you is that we all have the ability to be great leaders. It’s up to you now to help fight for social justice. Who is Hussain is creating a community of leaders – find out how you can get involved here.