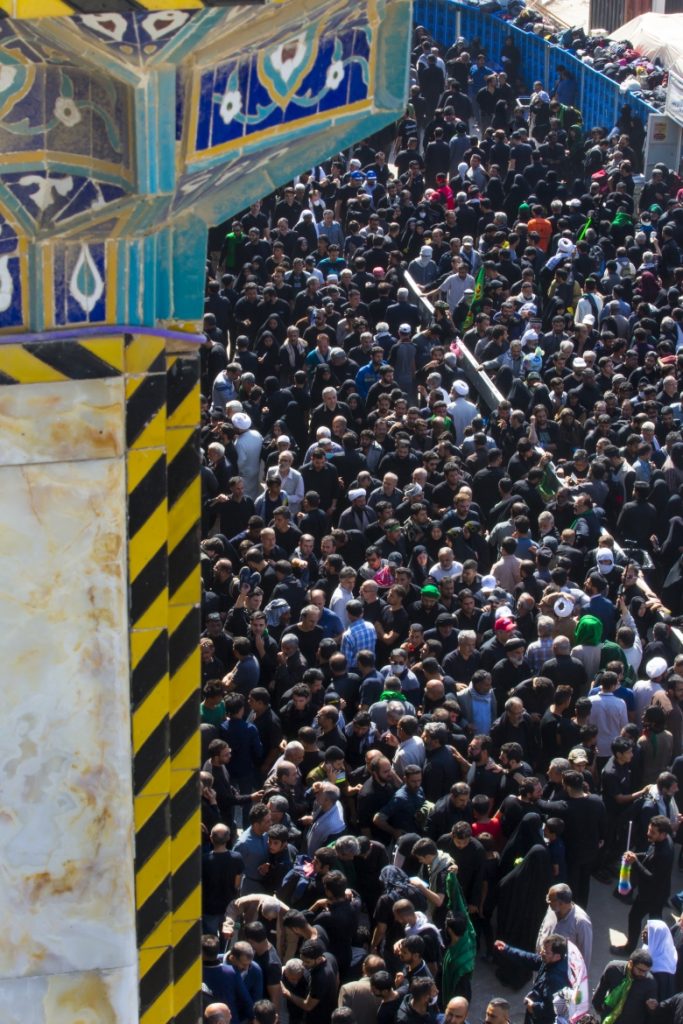 The largest gathering in the world

Every year, on the twentieth day of the Month of Safar of the lunar calendar, an observance occurs, one that stretches back centuries.

The observance is known as the Arba’een, which is Arabic for fortieth.

The Arbaʿeen commemorates the martyrdom of Hussain ibn Ali, the grandson of the Prophet Muhammad. Commemorating 40 days the passing of a family member or loved ones is counted as traditional period of mourning in Arab culture. Hussain is a figure that is not only revered by Muslims, but someone held in affection in the hearts of millions throughout the ages, someone whose love burns like a flame in the hearts of his admirers.

The Arba’een marks one of the largest pilgrimage gatherings on Earth, taking place annually as millions of Muslims and non-Muslims march towards the city of Karbala, Iraq, the final resting place of Hussain and his companions. Pilgrims undertake long journeys typically on the roads leading to Karbala, usually from Najaf, Basra, and Baghdad – along with many places outside of Iraq.

But do pilgrims feel discomfort in their long journeys, sometimes spanning hundreds of miles? Far from it. The roads leading to Karbala are filled with welcoming and sumptuous food stalls, medical teams, family-friendly accommodations, social services, physiotherapists, tea and coffee refreshments, and much more. Do pilgrims pay for these endless services? No. Locals take the opportunity to serve their guests, whom they consider guests of Hussain, showing us and the rest of the world a display of generosity and selflessness.

To Muslims, the performance of the visitation, known as ziyara, to Hussain’s resting place is considered an act of devotional piety, an opportune moment to pledge and renew spiritual allegiance to the human expression of ultimate justice, at a time when injustice prevails.

One of the beautiful aspects of Arba’een is that it is an event that attracts people of all faiths and walks of life, regardless of colour or creed. Christians, Yazidis, Zoroastrians, and Sabians partake in both the pilgrimage as well as offering services and support to the devotees. Arba’een is open to all.

Taking a leaf from the stance of Hussain, Iraqis, who suffered unimaginable atrocities and unrelenting terror attacks specifically targeting the lovers of Hussain, did not relent and despite the very real danger of bombs and attacks, marched in their millions towards Karbala.

We can learn a great many lessons from the bravery of those defiant, not least is the lesson that faith, perseverance, and resolve trump hate, aggression, and terrorism.

Those who come to pay their respects to Hussain come from all walks of life, flags of hundreds of different countries are raised, European, North America, Middle East, African, and others, all coming together under the banner of Hussain. The march towards Karbala attracts millions of pilgrims, diverse in language, ethnicity, wealth, age, religion, and gender. The plains of the roads leading to Karbala converge towards unity, different persons divided by race and language find a common focal point: Hussain.

The occasion of Arba’een sees women in their millions marching, side-by-side with men, using the occasion to claim their place in society as advocates of justice. Arba’een is a powerful rebuke against misogynists. Women in the march of Arba’een are more than visible by their large numbers, but they play leading roles in organisational efforts, in security, in food distribution, in crowd management, and medical assistance.

In the end, Arba’een turns into a spectacle of social unity, societal harmony, inter and intrafaith communalism, an endless stream of humanitarianism that recognises all lovers of justice, admirers of the symbol of love that is Hussain.