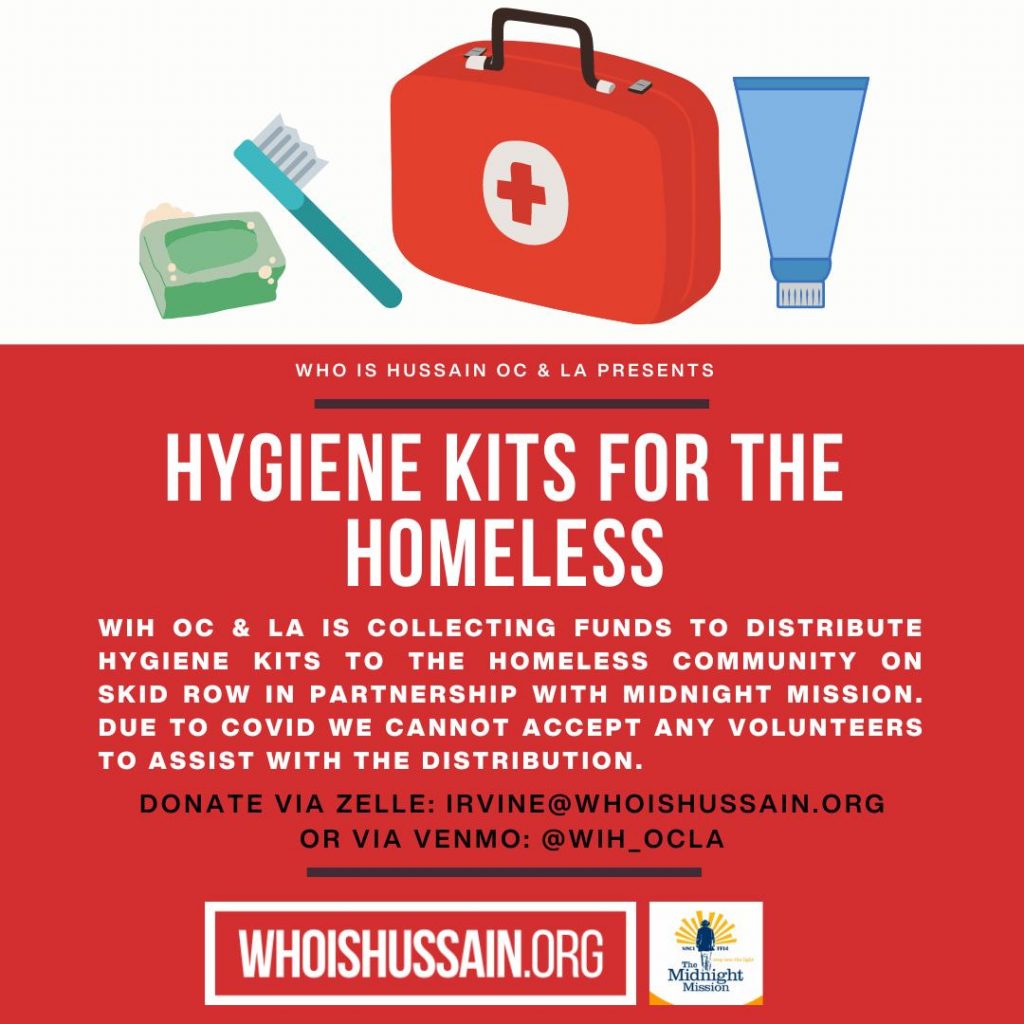 Who is Hussain Orange County/ Los Angeles (California) is collecting funds in the month of February to distribute hygiene kits to the homeless community on Skid Row*.

*Skid Row is a neighborhood in Downtown Los Angeles, CA. As of a 2019 count, the population of the district was 4,757. Skid Row contains one of the largest stable populations (about 4,200–8,000) of homeless people in the U.S. and has been known for its condensed homeless population since the 1930s. Its long history of police raids, targeted city initiatives, and homelessness advocacy make it one of the most notable districts in Los Angeles.

Sorry, no records were found. Please adjust your search criteria and try again.