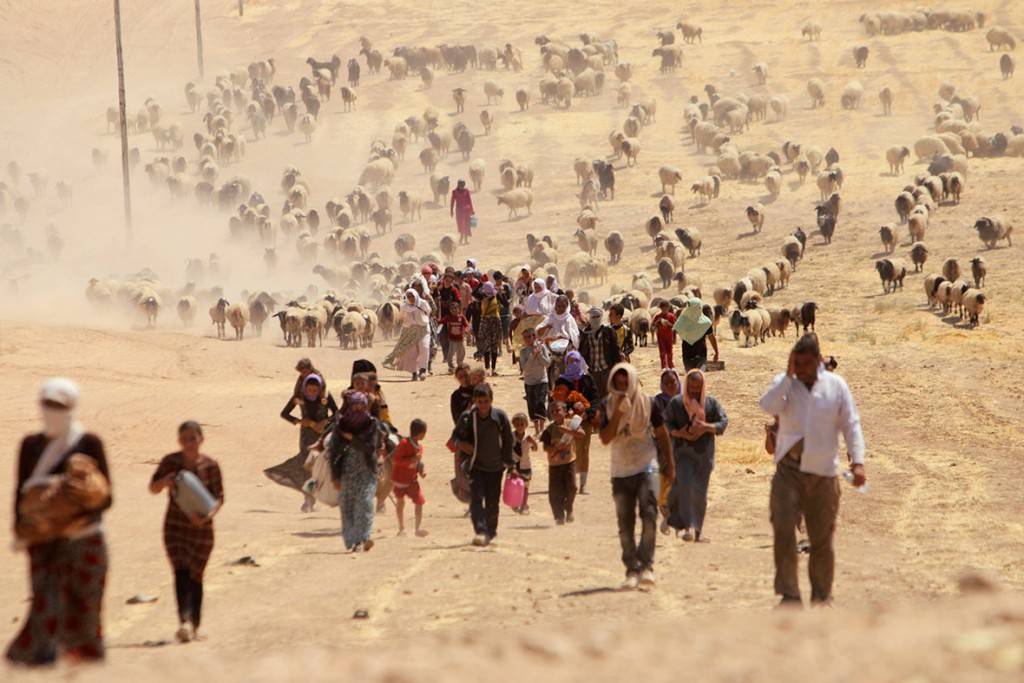 Together we can fight poverty, and revive hope in humanity

If you look back over the last few weeks at the going-ons in the world, what would come to your mind first? Would it be images of people standing back whilst innocent children are trying to escape the countries that would see them dead, and are drowned in treacherous waters?

Or would it be the story of the student who raised thousands of pounds for a homeless man who offered her money in a time of need? Maybe it is the tale of 10,000 Icelanders each offering to take in a refugee, smashing their country’s quota of just 50 migrants…

To defeat squalor and poverty requires a lot of bravery. It needs individuals and nation states to stand up and tackle it head on. It requires leadership in bucket loads, and creativity to boot. Our resolve, though, is too fleeting. 30 years after Live Aid and a decade on from Live 8, when our hearts melted in recognition of the suffering of others, large swathes of the third world remain crippled by the yoke of institutional poverty.

Poverty is only the natural outcome of our own mistakes as humans. Too often we have been unfair and selfish, self-absorbed when it comes to injustices around the world. Simply, because we are not the victims. Our rhetoric is faultless: ‘we believe in equality’, ‘we stand for a fairer world’, ‘fair trade, not free trade’ and ‘we must help one another’ are common enough. But our actions speak the contrary.

Let’s take a reality check in 2015. More than 1.3 billion live in extreme poverty – on less than $1.25 a day. According to UNICEF 22,000 children die each day due to poverty. More than 750 million people lack adequate access to clean drinking water. So whilst the store of human knowledge doubles every few years, poverty and the plight of the worst off continues unabated.

We have gone to space and explored the depths of the oceans, but our ingenuity has not extended to helping that little girl, one of 750 million others, who prays each day for just a clean drink of water.

Amongst this, Hussain ibn Ali can teach us something about how we cut off that serpent’s head named “destitution”. Hussain ibn Ali was a 7th century revolutionary leader who made the ultimate sacrifice for social justice in the face of corruption and tyranny. He gave everything he had, including his life, for the honour of those around him.

When Hussain realised that the people of his time were facing a challenge that was threatening their existence as honourable human beings, he did not wait. Injustice and ignorance of the plight of others were diseases he could not stand. He stood up and fought for change. He put the wellbeing of others before his own. He sacrificed his life so people would wake up and challenge the status quo.

It did not matter to him that not many answered his call at the time. He believed that he should preserve in doing what is right, and we should do the same. Hussain gave people hope.

Humanity is awakening today and the fight against poverty is strengthening this hope.

Watching tragedies spreading and remaining passive is not an option. As one wise person once said, if we are not helping to find a solution, then we are in fact part of the problem. Hussain was the solution for his age. So let us follow in his footsteps and be the solution for our age: let’s make poverty a thing of the past.

Who is Hussain are fundraising £10,000 to support Room to Read, who provide an education for schoolgirls in the Third World. You can donate to our collection here: https://www.justgiving.com/Hussain-Inspires/