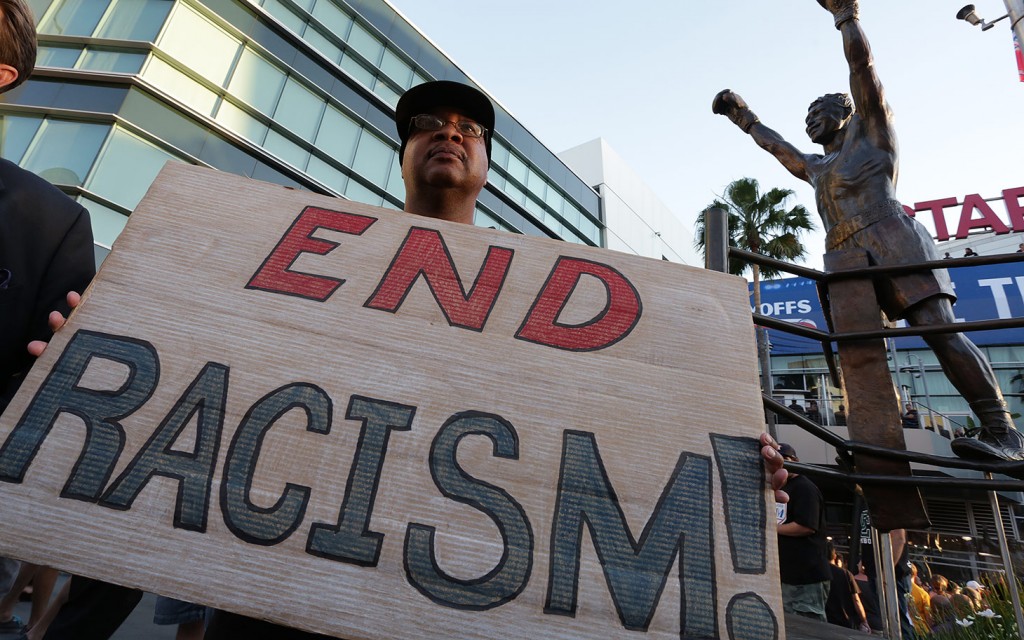 What would Hussain do about Social Inequality?

Although the United States differs from most European countries which adopt a titled nobility, with Dukes and Duchesses, Lords and Ladies, U.S. society is still highly stratified. Here in the States, in my opinion, social equality is almost non-existent. People remain categorised by their race, gender, and ethnicity. A person is not regarded by their kindness or wisdom; rather they are judged primarily by their looks and status. In the society I grew up in, I thought it was a given that certain nationalities were ‘better’ than my own. I saw no practice of equality, the real value behind the words “all men are created equal” (as contained in the Declaration of Independence).

For instance, in elementary school, during lunch break, there was a segregation of the children from higher class families and the children from lower class families. By choice, we would group up to sit at a table on our own, knowing we wouldn’t be welcomed on their table and sparing ourselves any embarrassment. Even at such a young age, there was a sort of acceptance and understanding that we just weren’t good enough and the others were beyond our level.

However, when I traveled overseas, I realised that not all people defined others by their social status. I had the privilege to go to Iraq in a time where the entire country thrummed to the same beat; it was the annual remembrance of Hussain ibn Ali and the sacrifice he made alongside his family and close companions. What I witnessed there was a society that was very expressive in their generosity. The people had their doors always open and were welcoming to whoever visited, treating them like a guest of honour. Rich families hosted poor families and invited them into their homes. Men and women from different nationalities met under one roof, cooking and passing out food for the tens of hundreds of visitors walking past their door. Australians, Persians and Chinese teamed up with Iraqis to prepare a place of rest for the travelers. Russians grouped up with Americans and moved under one flag. Emiratis and Kuwaitis, who are accustomed to a life of luxury, were content with the simplicity of tents lining dirt roads. Celebrities were to be seen covered in sand –undistinguishable from the rest of the pilgrims trekking to the same destination. Government officials sat with grocery sellers eating on the same dinner table. Professors and mechanics shared the same pot of tea. Africans, Persians and Asians were welcomed with arms wide open as the entire country hailed their guests.

I have seen people from different countries and ethnicities all pulsing with love for one another. I found that this connection between all those millions of people who greet each other with affection and social understanding is the man they view as their role model: Hussain ibn Ali.

Hussain – the man who carried on the teachings of his father – that people are of two kinds, either your brothers in faith or your equals in humanity. Hussain, whose message remains as an inspiration for today’s generations across the world, who through his actions promoted the principles of freedom and social equality.

Indeed, alongside him in the battle of Karbala was John, a liberated slave, who remained with Hussain until the very end of his life. He had dark skin with gray curly hair, but he was greatly respected because of his profound knowledge and pristine manners. Hussain cared for him like he was family, urging him to safety when they were surrounded by a ruthless army. But John’s loyalty to Hussain ensured he remained unfazed as he faced the enemy.

I believe that if Hussain were alive today he would do exactly what he had done in his lifetime when facing the social inequality we have today. He was a leader who treated everyone with great honour and respect. No matter what the religion, race, or nationality of the individual, Hussain regarded everyone as his equal in humanity.