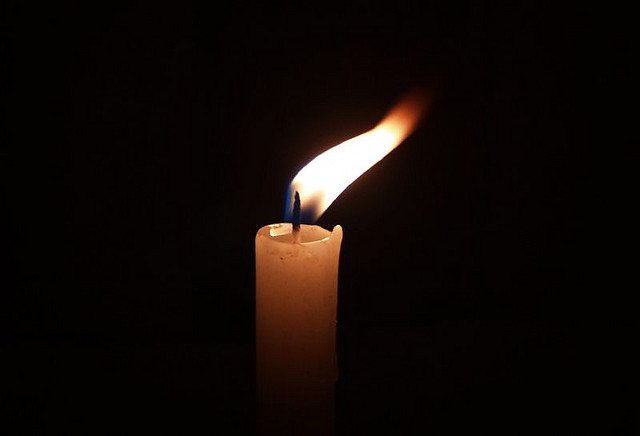 Who is Ali ibn Abu Talib?

The ruler who extinguished a candle

The man was the ruler of a large domain, with great power at his disposal.  Yet despite the undoubted influence he wielded, he always demonstrated humility and an acute sense of right and wrong.

One day, the man was set at work.  A candle lit, he sat to undertake government business.  Two men arrived, informing the ruler they wished to consult him.  The ruler beckoned them in. Before proceeding, though, he extinguished his candle and lit another.

Undoubtedly bewildered, the duo are reported to have asked, “Why did you extinguish the candle?”

The ruler is said to have replied, “That [first] candle was bought with the state’s money.  And as long as I work for the state, I may use it.  But as you have come on personal business, I must use a candle paid from my own funds.”

This man was Ali ibn Abu Talib, the father of Hussain.

Ali, the cousin of Muhammad, was a unique man, one about whom historians have waxed lyrical and poets penned couplets.  This brief anecdote of the extinguishing of a candle and lighting another encapsulates the very heart of Ali: justice, righteousness and unwavering integrity.

On many occasions – both before and during his government – Ali illustrated his uprightness.  He was renowned for his generosity to the impoverished, the ill and the destitute.  It is said he would stay awake late into the night, taking food and comfort to the needy, carrying heavy loads to ease their pains.  He would happily endure the discomfort of a parched tongue and empty stomach to relieve their woes.

Ali taught his friends and companions, many of whom looked to him for guidance, “Do not feel ashamed if the amount of charity is small because to refuse the needy is an act of greater shame.”  Even when Ali was the ruler of Arabia, he ate just enough to survive – often dry, hard bread and sour yoghurt.  When a citizen and companion – shocked and appalled when he learnt of this – asked why it was that Ali, chieftain of the land, did not enjoy the privileges of his office and eat more wholesome food, Ali dismissed his concern. How could it be that the leader of the land would enjoy greater privileges than a citizen?  How some Middle Eastern rulers and those exposed by the Panama Papers affair could learn from such principles today.

Many regard ‘justice’ as the ultimate byword for Ali’s legacy.  When a man stole Ali’s shield, Ali – overlord of Arabia – did not exact revenge, but filed a claim in the local court.  When the judge ruled in favour of the first man and Ali accepted the verdict, the man was so overwhelmed and surprised he repented, declaring himself a follower and subscriber of Ali.

A model of best practice

So highly regarded was the justice and equity of this man’s government, that the United Nations incorporated numerous traditions of Ali ibn Abu Talib into a model of best practice in 2002.  Many rulers of today’s nation states would do well to take heed of such guidance, which ranges from how to collect tax fairly, dealing with the different classes of society and even to dealings with his political opponents and resist oppression.

In testimony to his legacy, to this day millions keep a copy of Ali ibn Abu Talib’s sermons, letters and teachings, collected in a compilation named Nahjul Balagha (“The Peak of Eloquence”), on their bookshelf.

To this man of piety and virtue, equality as between peoples – regardless of their background, skin colour or privilege – was paramount.  He famously proclaimed, “A man is either your brother in faith – or your equal in humanity.”

1400 years after his passing, Ali is remembered as a man of great wisdom, knowledge, a gifted soldier and just leader.

Ali ibn Abu Talib is buried in Najaf, Iraq, where annually millions of pilgrims from around the world of different faiths come to pay their respects.

“Live amongst people in such a manner that if you die they weep over you and if you are alive they crave for your company.”