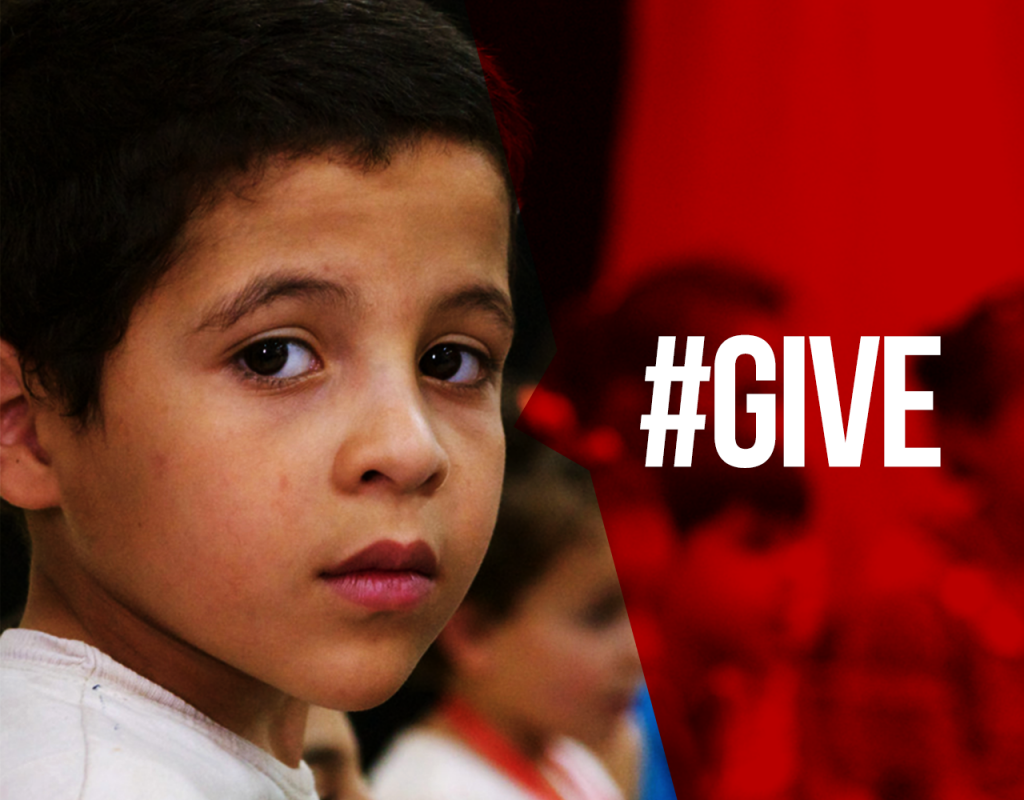 Who is Hussain launches campaign to #GIVE

– Global #Give campaign launched by international organisation Who is Hussain?

– New fundraising drive launched to pay for live-saving surgeries for orphans in war ravaged in Iraq.

Who is Hussain, the social justice and action group, have today launched a new campaign entitled #Give. The organisation hopes to motivate and encourage people across the world to take action by doing good deeds which spread compassion and create positive change. The campaign is using the timeless example of Hussain Ibn Ali (a 7th century leader and grandson of the Prophet Muhammad) as a source of inspiration.

The campaign coincides with Ramadhan; a time of spiritual renewal, purification, deep contemplation, self-control and charitable acts. The #Give campaign will see thousands of individuals mobilise to feed the homeless in their respective towns and cities from Beirut to Birmingham; Milan to Michigan and Lahore to London. Who is Hussain will organise its volunteers in over 30 cities worldwide to give back to their local communities by providing and hosting a meal for homeless people regardless of faith affiliations. An estimated 100,000 are likely to be fed over the duration of the campaign, with an attempt to feed 90,000 in one day alone on the 18th of June.

As part of the #Give campaign, Who is Hussain hopes to raise £10,000 through online donations to sponsor lifesaving surgeries for orphans in war-torn Iraq.

A spokesperson for Who is Hussain said: “Today Iraq is ravaged by war and terror. An estimated 3.5 million Iraqi children live in poverty, with children of all backgrounds – Yazidi, Christian and Muslim – requiring lifesaving operations. They bear the brunt of a faltering healthcare system, made worse by the ongoing conflict and political unrest. This Ramadhan we can make a difference and change the lives of those young orphans who are most in need of life saving surgery.”

Modern day Iraq was the site of Hussain’s final stand, where he selflessly gave his life in resistance to a tyrannical and oppressive regime. His struggle paved the way for many revolutions throughout history, and serves as inspiration for other notable leaders such as Mahatma Gandhi. Millions across the world remember Hussain’s stand against injustice to encourage them to stand against today’s injustices.

The events to feed the homeless will be taking place in the following Countries around the world:

Those wishing to donate to the Iraqi orphan appeal can do so at:  https://www.justgiving.com/fundraising/whoishussain

•       Who is Hussain is a non-profit organisation formed in 2012 which raises awareness about an inspirational individual – Hussain ibn Ali, who lived in Arabia 1400 years ago.

•       The organisation has no political or religious leaning. It is run by volunteers whose aim is to contribute to the betterment of their local community in honour of Hussain ibn Ali.

•       Who is Hussain organises and has representatives in dozens of cities around the globe. Each city organises charitable events throughout the year, serving the local population in the name of Hussain.

•       Who is Hussain has a strong history of community service, which includes feeding the homeless, conducting blood drives, supporting the elderly and other charitable events.

•       Hussain, his friends and family gave their lives in resistance to a tyrannical and oppressive regime. The organisation believes his outstanding story of compassion and self-sacrifice warrants a place in the consciousness of society. Hussain was also the grandson of the Prophet Muhammad.

•       Ramadhan is the ninth month in the Islamic lunar calendar and runs approximately from 6 June to 7 July 2016 (dependent on the sighting of the moon).

•       This month shall see millions of Muslims across the world striving to not only abstain from food and water between the hours of sunrise and sunset for 30 days, but to cleanse and energise their souls and attain closeness to God.

•       Muslims who are fit and able are expected to fast, with those who are unwell, pregnant, elderly and children being exempt. Those fasting will wake up before sunrise for Morning Prayer and eat before the day’s fast begins. The opening of the fast after sunset is known as an ‘iftar’.

For media enquiries and details of local events: