We aim to inspire individuals through the timeless example of Hussain, and the values he stood for; those of compassion, justice and dignity. Our reps and volunteers organise events to give back to their local communities, ranging from blood donation drives to feeding the homeless and much more.

How the campaign started

In 2012 a small group of young Londoners from different backgrounds came together with one common objective, to tell the world about an inspirational man. A man who lived 1400 years ago, but whose legacy lives on until today. A man called Hussain.

We put our heads together to start a campaign called ‘Who is Hussain?’.

We wanted Hussain ibn Ali to be a role-model for all, regardless of gender, age, nationality, class or any other superficial factor that divides our common humanity. Hussain cared more for the values that should unite us than for the names and titles that divide us.

In just over 12 weeks we had everything ready and launched our campaign with billboards on the London underground. We did not anticipate what happened next. Within days of launching, Who is Hussain became an international sensation and people around the world – from Kenya to India – were erecting our poster designs in billboards in their cities. A movement was born.

In the following months and years, we were inundated with requests from around the world from volunteers who wanted to get involved and host events in their cities. This organically evolved us into a fully-fledged international organisation, with thousands of volunteers in dozens of cities across the world.

Today, we are a registered charity. Our global reps work tirelessly to organise charitable events and their work has been recognised by media organisations like BBC, CNN, BuzzFeed and many more. We are made up of individuals of many cultures, languages, religions, nationalities and social classes. We have sought to make a stand for positive change empowered by the selfless stand of Hussain ibn Ali, locally and globally!

We’ve translated our words into actions, with volunteers all around the world giving back by organising blood donations, distributing food to those in need, volunteering at charities, all in the name of Hussain. There’s still so much to do. Join us here! 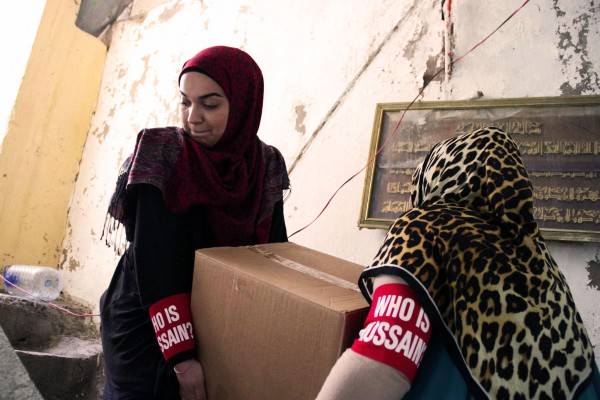 Our supporters and donors

Who is Hussain has no formal affiliation with any other organisations, although, in order to make the campaign as successful as it has been, we have relied on the voluntary spirit of many across the UK and the world. The Who is Hussain team would like to thank everyone for their support. If you would like to get involved and support this campaign, visit this page.

Who is Hussain has been funded through hundreds of small donations from ordinary people who share our admiration for Hussain. Relying on small donations means that rather than being beholden to a few large donors, we are free to remain true to our ideal: using the example of Hussain to encourage positive change. If you would like to donate to the Who is Hussain campaign, click here.