Who is Hussain Bangalore mobilised to provide food assistance and life-saving oxygen supplies to communities in India hard-hit by the pandemic. So far this year, the team has directly impacted nearly 20,000 lives.

The covid-19 pandemic has challenged many countries worldwide, threatening the health and wellbeing of millions and straining the resources and capacities of healthcare facilities. This is especially true in India, which experienced another devastating wave of infections in April.

This spike was partly driven by the rise of a new variant, known as B1.617. This variant featured high transmissibility, and since its emergence in the Amravati district of the western state of Maharashtra, has spread to more than 40 countries.

Hospitals were overwhelmed by the influx of covid patients with not enough beds or medical equipment to meet mounting needs and economic strains left families struggling to stay afloat. The Who is Hussain Bangalore team recognized this lack in their communities, and quickly mobilized to relieve the burden caused by the pandemic. Team leader Dr. Zakaria Abbas explains, “When the pandemic hit us, none of us were prepared. People lost their jobs and livelihoods. They had no money to buy food. When we initiated the food kit distribution campaign, we set a target to help 500 families initially. We were shocked to witness so much suffering on the ground.”

The team organized and distributed food kits to 3,000 families, about 15,000 people, and cooked an additional 3,500 meals in their fight against poverty and food insecurity.

When an urgent need for life-saving oxygen supply presented itself, they responded again. Who is Hussain Bangalore partnered with the Laureate Educational & Welfare Foundation, The Union, and Oxygen for India to secure oxygen for ailing patients. As part of their global emergency oxygen appeal this past April and May, the team raised the funds to procure 51 oxygen concentrator machines. They established the Give Hope Oxygen Bank, a resource staffed with dedicated volunteers manning a 24/7 helpline that the public can reach out to in crisis situations where emergency oxygen is needed. This service is free to the community and has impacted the lives of countless people.

Dr. Abbas was particularly moved by one such story; He recounts, “A family member of a patient called our team at 2 a.m. requesting emergency oxygen support. Our team member picked up the call and coordinated the entire process in the middle of the night. They made sure the oxygen concentrator machine reached them on time. Our team doctor later confirmed that any delay could have cost this patient’s life. The patient called our team a few days after recovering to thank our organisation and express the need of more people who have been working to help humanity irrespective of their faith.” 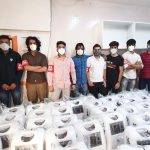 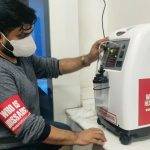 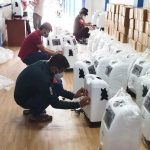 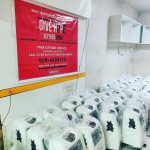 So far this year, the Bangalore team has directly impacted nearly 20,000 people.

Their volunteers are working continuously to ensure the health, safety, and security of their community during this difficult time.

Dr. Abbas expresses a deep conviction in the team’s collective power, citing Marie Curie’s quote, “Alone we can do so little, together we can do so much.” The team aspires to expand their mission to work towards permanent solutions for their community by enabling self-sustainability, sponsoring education, providing career counselling, and beyond.

“Who is Hussain is a revolution. It has changed the way we perceive life as young people. We usually think it’s the work of our elders to clear the mess (eradicate poverty, suffering, etc). But we have realised that change begins with us.”