According to a Time article, breathing Delhi’s air for one day has the health impacts of smoking at least 25 cigarettes. Air quality is an issue in major cities all around the world- be it New York City, Milan, parts of California, and Beijing. A lull in these cities’ economies and activities has resulted in remarkable reductions in air pollution.

The coronavirus pandemic has taken a huge toll on the entire world, destroying global and local economies, separating families, and overwhelming medical facilities in a way no one could ever anticipate. As the human world is hurled into literal chaos, the consequential alleviation in global pollution is most surprising.

As country after country declared nationwide shutdowns and mandatory quarantining in March 2020, there was a dramatic drop in pollution of all sorts. Coyotes have been spotted roaming the Golden Gate Bridge in San Francisco, deer seen grazing near homes in downtown Washington D.C., and sheep playing in deserted playgrounds in Monmouthshire, Wales.

In national parks, animals have been reclaiming their rightful territory – including roads and parking lots once ridden with cars. Satellite images have revealed the dramatic drop in pollution during the coronavirus quarantine. The ozone layer is also continuing to heal, with potential to fully recover, according to a scientific paper published in Nature.

It’s important to note that it is incredibly sad to see the natural world heal itself while the human world is struggling to hold on. It is especially devastating to consider that most of the human world that is being affected by the virus are people in low-income communities.

In this article, we look at how the coronavirus pandemic impacted the air quality in New Delhi, a city notorious for poor air quality.

Extra attention should be paid to cities that have previously been hotspots of alarmingly high levels of air pollution.

Through extensive research, we analysed data from cities that have previously been hotspots of alarmingly high levels of air pollution, investigating how exactly the pandemic is impacting air quality. I chose to focus on New Delhi to see whether there is a correlation between air pollution levels and city lockdowns and closures over time.

New Delhi is just one city that is a hotspot of alarmingly high levels of air pollution. We’ll be looking at how, and to what extent, the coronavirus pandemic has impacted the levels of air pollution by looking at PM 2.5 levels. PM2. 5 refers to atmospheric particulate matter (PM) that have a diameter of less than 2.5 micrometres, which is about 3% the diameter of a human hair.

This visualization helps digest exactly what those numbers mean in a more tangible sense. 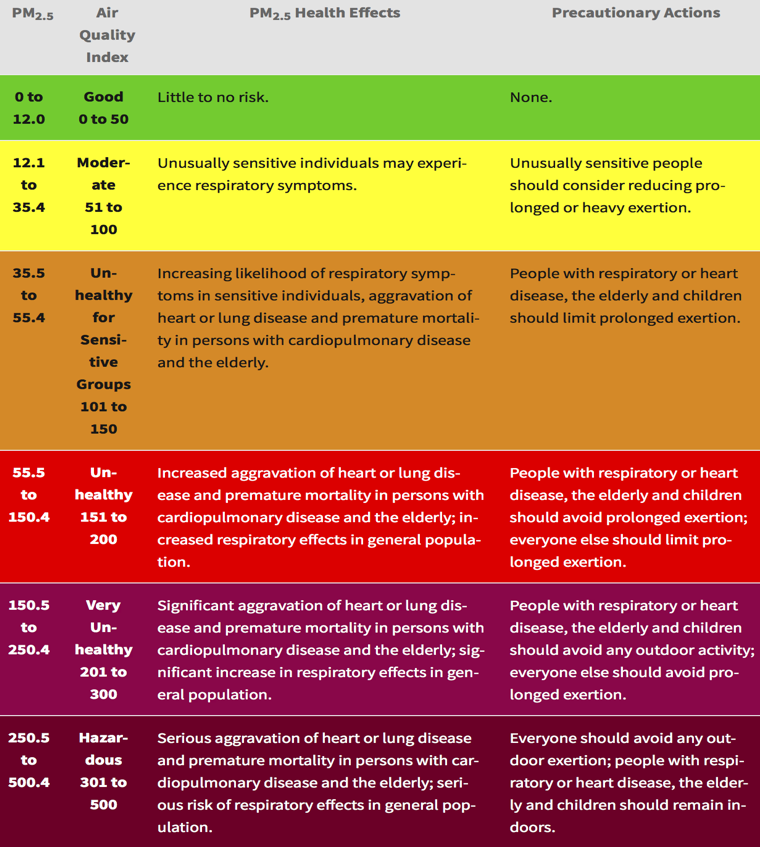 Through extensive research and data visualizations, we found that there has been a significant decline in levels of PM 2.5, an air pollutant often looked at when determining air quality. Specifically, we collected and analyzed air pollution levels before and during quarantine due to the pandemic in 2020 in comparison with levels in 2019.

New Delhi is the capital of India, and home to almost 21.75 million people. To put that into perspective, that is 31 times larger than the population of Boston. It’s a city that is on the international radar for its hazardous air quality.

According to a Time article, breathing Delhi’s air for one day has the health impacts of smoking at least 25 cigarettes. Air quality is an issue in major cities all around the world – be it New York City, Milan, parts of California, and Beijing.

Rajiv Ramanujam, of New Delhi, has been tracking air pollution in New Delhi for years out of personal interest. He is a former marine engineer and current professor of marine engineering at the International Maritime Institute in Greater Noida, India.

“I think it’s a matter of serious and long-lasting impacts on personal and public health. It’s horrible to see the spikes [of air pollution] we get here,” he said.

With almost the entire world on lockdown, with businesses closed, with airfare halted, and with a general economic slowdown, the world is seeing a pattern of a decrease in air pollution in major cities where it once was the worst.

“One month into lockdown, there’s been a huge drop in automobile traffic,” Ramanujam, 58, said. “The funny thing is the air is much more breathable now, but we can’t go outside.”

Ramanujam compares the off-scale figures during these spikes in air pollution to “gas chambers.”

Now, with a general decrease in economic production, New Delhi is seeing a huge decrease in the levels of PM2.5 in the air.

According to a study published in the Journal of the American Medical Association, long-term exposure to PM2.5 may cause vascular inflammation and a hardening of the arteries, which can eventually lead to heart attack and stroke.

On March 24, 2020, India started their economic shutdown, which meant businesses began to close and stay-at-home orders were enforced. About two weeks into the lockdown, on April 8, PM2.5 levels were at 39.

The number of PM2.5 decreased by almost double — which is huge. 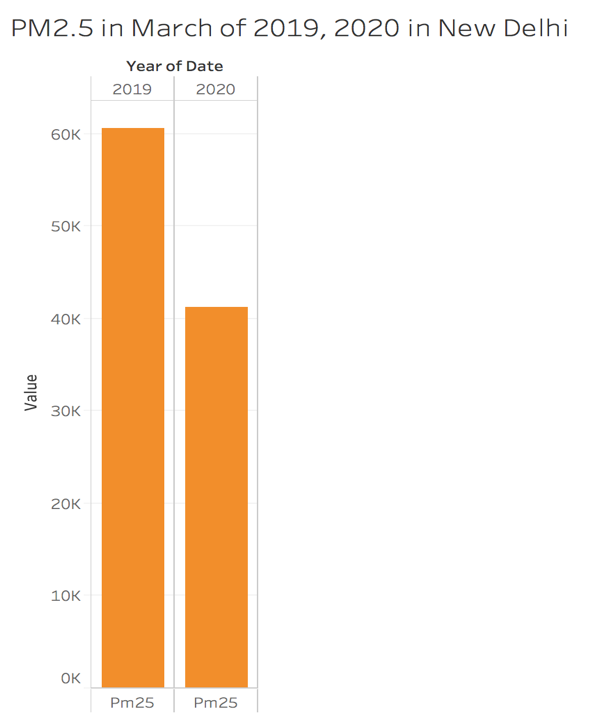 The numbers are absolutely astounding, and go to show just how much of an impact the slowing of the economy due to the coronavirus pandemic is having on air quality.

“There have been amazing stories about villages in Punjab in India where people can now start to see mountain range tops,” said Ramanujam. “I’m afraid we’ve just bought some time, which is an unintended consequence, unless serious action is taken in the future and we depend less and less on fossil fuels. This is a short-lived holiday.”

His statement contains a clear warning about the future of our planet that is at stake. At the same time, this phenomenon makes it clear that it is possible to reverse some of the damage we have done. If we can find a way to hold ourselves, our governments, and our economies to a higher standard of care for the environment, then maybe we will be able to see the mountaintop clearly every day.

The author is a Boston-based journalist who writes about a range of topics — social issues, business, climate change, and more. She especially enjoys writing about the intersection between climate change and social issues, as they both go hand-in-hand. Apart from journalism, she is interested in post-colonial theory and thought. One day, she’d love to pursue a career in journalism internationally. 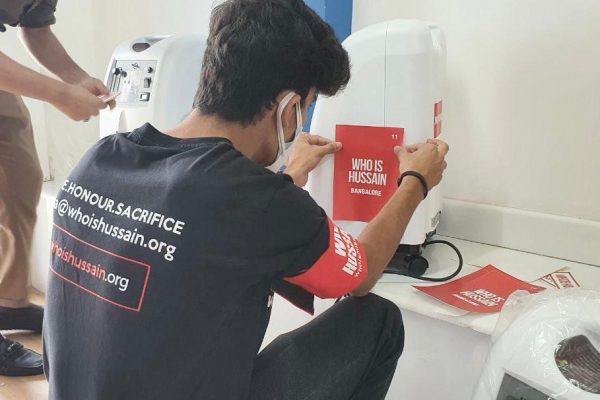