The Importance of Seeking Justice for Refugees

A mere half century after the demise of the Prophet Muhammad, the Umayyad dynasty had transformed Arabian society rooted in social justice to a rapidly expanding elitist Arab monarchy. In 680 AD Hussain saw it as his moral duty to rise up against this tyranny and injustice perpetrated by Yazid I – even if it meant sacrificing his life.

On the arid plain of Karbala, in the south of modern day Iraq, Yazid’s massive army intercepted and brutally massacred Hussain and his entire entourage, including nearly every member of the Prophet Muhammad’s family.

Hussain’s evocative narrative was soon no longer limited to that particular time and place.It quickly represented the ultimate fight against injustice – no matter what the personal cost involved. Hussain’s sacrifice acts as a perpetual inspiration in the constant struggle for uprightness against oppression.

In the modern era, inequality and injustice are rampant on a global scale.

Food, water, trade, climate, energy and migration are interlinked and have created a melting pot that now bubbles over all too frequently. Fewer than 62 people own as much wealth as half the world’s population. We live in a deeply unjust world where many millions of people cannot access the resources they need. 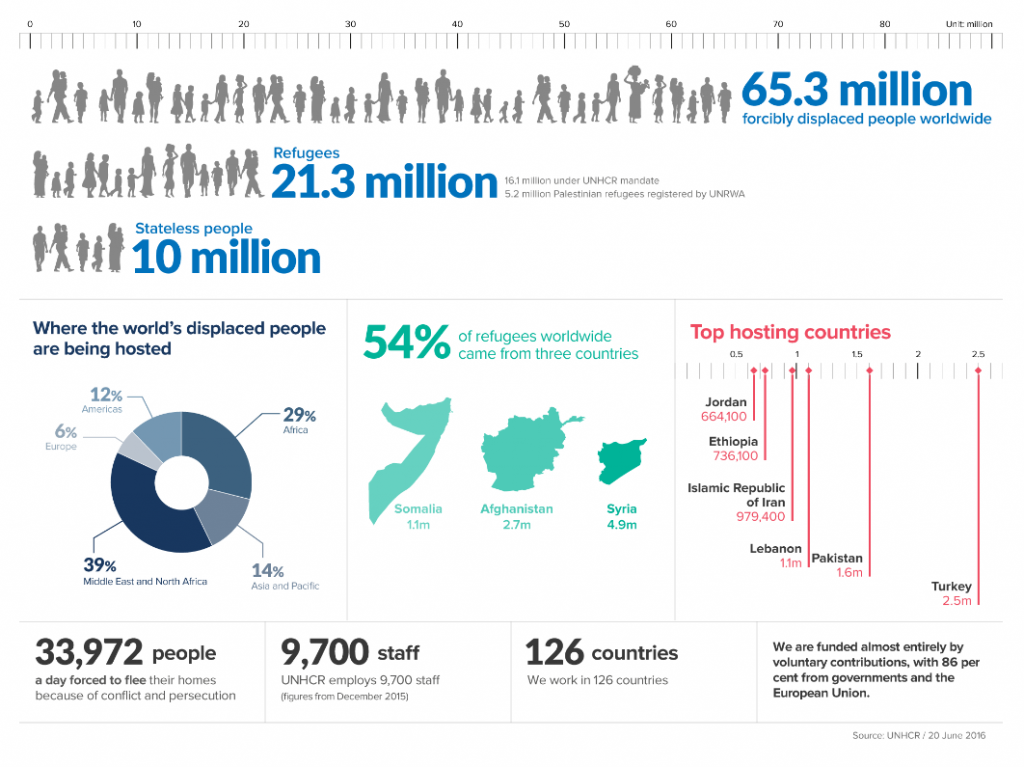 Nowhere is this injustice more apparent than in the truly staggering number of displaced people across the globe. We are now witnessing the highest levels of displacement on record.

Consider these numbers. The UNHCR reports that an unprecedented 65.3 million people have been forced from their homes. Among them are nearly 21.3 million refugees – and over half of whom are under the age of 18. There are also 10 million stateless people who have been denied a nationality and access to basic rights such as education, healthcare, employment and freedom of movement. Nearly 34,000 people are forcibly displaced every day as a result of conflict or persecution. 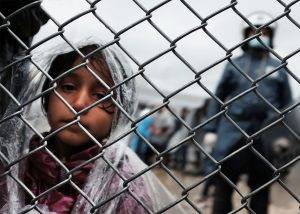 Hussain was, too, in essence, a refugee: forced from his home town, displaced and, for all intents and purposes, stateless. He was abandoned by so many – yet to those that offered him solidarity, kinship and support, he offered so much more.

The refugee crisis has not only shone a glaring light on man’s inadequacies but has also shown mankind at its very best. In the face of the most extreme suffering, people around the world have opened their homes and hearts to their brothers and sisters in humanity.

Nations such as Canada and Scotland have decided to play exemplary roles in alleviating the suffering of thousands of people. Prominent individuals from various spheres have proudly declared their own refugee origins.

What can I do?

Here are just a few ideas on how to help out in the refugee crisis:

Last but not least, share this article and maybe you can help inspire others.