The Act of Giving

The value of a man resides in what he gives and not in what he is capable of receiving. – Albert Einstein

The act of giving is something innate within all of us. Be it the occasional donation at a charity drive or volunteering our time at a local soup kitchen, there’s an inner voice within the core of our being that pushes us to be as generous as we can and however we can.

Since time immemorial the act of giving to others freely without the expectation of getting anything in return has been considered a virtue and a noble trait. Generosity isn’t something just limited to giving money but even giving attention, energy and love are considered to be aspects of it also. Smiling at someone, taking the time out of a busy schedule to help out, giving a compliment; these are all acts that may, at first glance, appear trivial, yet they are all instances of one of the greatest assets we have as human beings – the ability to transform ourselves, and those around us, through the act of giving.

Going all the way back to Ancient Greece, Aristotle reflected on generosity as an act that a person does, under no obligation nor expectation of reward, by giving something of monetary value to someone who is truly in need. The Abrahamic religions similarly placed significant emphasis on the act of generosity, with God often being primarily described as being generous and benevolent. Prophets like Abraham would often be frequently praised for acts of hospitality and generosity. Similarly, the Prophet Mohammad emphasised and encouraged charitable and giving acts amongst his followers, fostering the bonds of humanity amongst the community and constantly warning against being miserly.

For many within this tradition, generosity isn’t just the odd act here and there done to merely silence the conscience and move on with life feeling guilt-free. Rather there is an emphasis on shifting the focus from generous acts to becoming generous people. Through this change in mindset, more emphasis is given on the development of a character trait, a habitual disposition grounded on love and compassion, an ambition to give from oneself to serve the community, to make the world a better place one step at a time. Embodying generosity brings about a paradigm shift, transforming one’s worldview from being rigidly individual orientated to being one concerned about society. It encourages people to tap into the stream of humanity, by finding happiness and purpose in giving open-handedly to others.

Firstly, does what we are giving have value for us or not? Imagine finding some toys in the back of your cupboard that you haven’t played with for years. Given that you’re not using them and nor do you have any attachment to them, you decide to donate them at a collection centre nearby. While the act itself is commendable and the toys would definitely be of use to someone, it wouldn’t necessarily classify as being generous. When being generous, a person should try to give of himself things that are of value, things that he cares about, even if only a little bit.

Secondly, there should be an altruistic intention behind the giving. The generosity should not come from an angle that is self-focused, but should rather be motivated by a sense of empathy or care towards the person receiving the act. Take a person who has been involved in community and charity work for decades. While the work they carried out was no doubt praiseworthy and had an impact, if the motivation was to gain recognition then it can be argued that this was not done out of generosity. A generous person’s primary motivation should be beyond themselves, it should arise from a sense of concern for the fellow person, irrespective of whether publicity and recognition come about from their actions or not.

Thirdly, a generous act should be given freely and come about from a person’s freedom. An act of generosity is where someone goes beyond what is actually needed, and if they didn’t do this action they would not be considered blameworthy. The generous person gives his time and money from his own desire rather than out of a sense of duty or obligation. Paying a visit to a friend in hospital wouldn’t be classified as an act of generosity since it would be seen by many as a duty we owe in lieu of friendship. But if we were to go beyond the call of duty and out of our own initiative make the extra step in ensuring all the ill friend’s errands were taken care of, this could be seen as a sign of generosity.

While these three criteria’s aren’t exactly perfect it helps us in reflecting on our own character and motivations, and how we could begin to change our mindset to make that moral and virtuous transformation.  Another thing that helps is taking inspiration from role models and figures in history who have managed to illustrate just how important being a generous person was to them.

Hussain ibn Ali was a perfect example of a generous person, and how generosity could be embodied by an individual. He lived his life governed by this virtue and his natural disposition was of complete generosity. His generosity wasn’t just limited to giving money, he would give his own time, his knowledge, his love, culminating in the greatest giving of all, his life. All of this was done to help those around him, to awaken the people from their slumber and to free them from the yokes of oppression.

History testifies how he would free prisoners, pay the debts of the poor and give refuge to those who had no shelter. Hussain’s generosity was colour blind, it did not differentiate between friend or foe, his rays of generosity illuminated all those who he came across. Even those determined to kill him still found themselves recipients of his goodness. Hussain left an example of generosity that continues to reverberate in the annals of history and inspire millions today.

What act of generosity will you perform today? 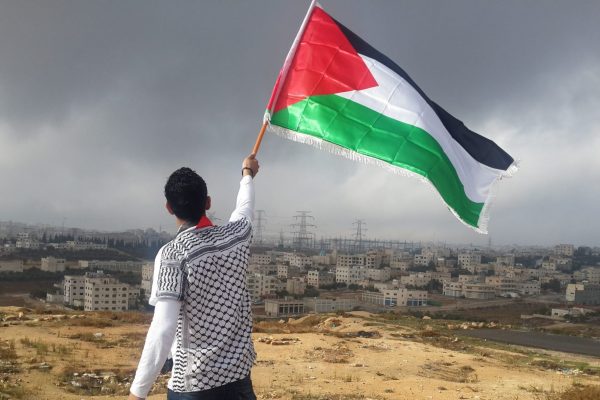 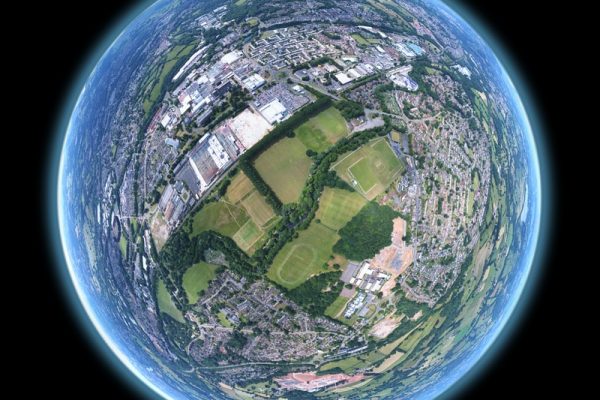 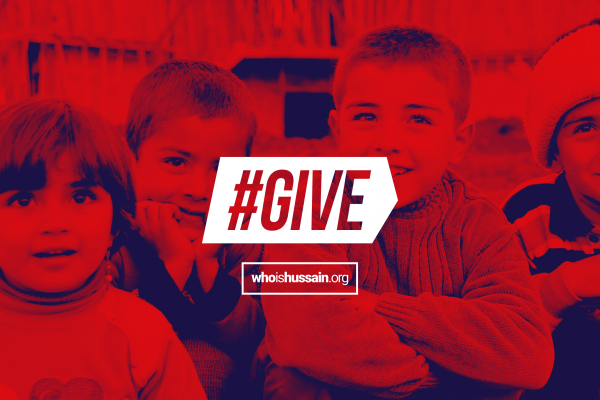 #Give Provides Life-Saving Surgeries to Children with CHD