Seeking hope in a world of desperation and despair

We all know of Aylan Kurdi, the Syrian boy who drowned trying to reach Europe and how his body was washed up on the beach of Turkey.

The shock grabbed the attention of the world, but the reality is that there are hundreds of thousands of other victims like Aylan who go unnoticed.  Victims of wars, conflicts and violence.  Such tragedies are multiplying and are becoming increasingly regular occurrences.  Of most concern, however, is that there does not appear to be a solution to such calamities in sight.

And therefore sometimes our world seems like dark abyss, full of gloom and misery.  Can we truly retain hope in a better world? 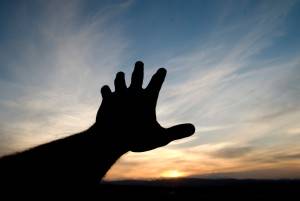 There are two main reasons why we feel hopeless.

Firstly, the good work many people do does not truly address the root cause of the problem. On many occasions it is a noble effort by sincere individuals who are trying their best to patch-up the problems that others have caused.

You may say science and technology are advancing fast and are helping to solve many challenges –and you would be, to some extent, right.  Recently Polio, the paralysing disease, was declared not be endemic in Nigeria, meaning that by the World Health Organisation’s calculations it is all but extinct in every country bar Afghanistan and Pakistan.  This is a monumental achievement.

But the problem is that so many of our challenges fall outside the scope of science and technology.

Wars, social inequalities, family fragmentation, xenophobia and illiteracy require other solutions to solve them.  They stem from human’s own vices: greed, egotism and ignorance.

Secondly, good work happens on too small a scale in comparison to the magnitude of the problems our world is facing. Volunteers feel exhausted and overwhelmed, alone, as most people don’t – or can’t – offer a helping hand.

It is a truly dreadful reality. Yet in the midst of all this, Hussain ibn Ali gives us hope.

Hussain ibn Ali was a 7th century revolutionary leader who made the ultimate sacrifice for social justice in the face of corruption and tyranny. He gave everything he had, including his life, for the honour of those around him. His legacy brings back values that we consider to be extinct. Values, that, once we return to them, we will address the true cause of many our problems.

Hussain acted with absolute selflessness and devotion to his noble cause.  He was free from all vices, detached from a world of personal justifications of why one should be silent and how difficult it is to change the status quo.  He returned to higher values, noble values, which are the only hope to preserve the humanity of our race.  Hussain broke the back of an evil empire, reviving a nation from a deep and poisonous illness.

The legacy of the man who once stood alone on a battlefield has spread to become an annual global drive for positive change.  Just search social media and you will be energised by the scenes of millions of people across planet earth who come out every year on his death anniversary calling for change.

We need more than just rhetoric and flowery words.  We need noble men and women to embrace values of dignity, equality and compassion and breathe new life into them.  We need this to happen at a large scale, across the world.  We need this to be a global occurrence, and for it to have a constant reminder, an annual call.

Through Hussain’s inspiration, we can seek hope in a world of desperation and despair.